Drone Jammers: How They Work, Why They Exist, and Are They Legal?

Drones have firmly entered our lives. They are devices that can increase the productivity of certain areas, such as speeding up the search for criminals, and missing persons, obtaining mapping data, ensuring security at facilities, etc. At the same time, gadgets can be used to get confidential information, and harm strategic objects, businesses, private property, and even people’s lives. The solution to such a problem is jammers for drones. Before you buy it, it is worth finding out more about the peculiarities of their operation and work.

Drone jammers: what function do they perform, and how do they work?
UAVs operate on certain frequencies. Transmit photo, video, and audio materials. Can even be equipped with weapons for the destruction of people, and animals. The operator controls the device remotely.

But the problem is that even if you are a law-abiding citizen who has gone through all the red tape it will not save you from the chaotic installation of private and not-so-jammers, which can be found in the most unpredictable places – even in residential areas of cities.

Installing the jammers in contrast to the registration of no one regulated, the most affordable you can order over the Internet for the price of a few hamburgers, which is not quite legal and take advantage of all sorts of employees, pretending to protect something.

In comparison with the fines, jammers are much more dangerous, because they can easily destroy your machine, exceeding the cost of any legal fine.

The main tasks of a jammer for drones:

The system works in a passive mode according to the scanner principle. When an alien object is detected, drone jammer sensors are triggered. With their help, the operating frequency is detected. Then the security protocol of the UAV is hacked. After that, it is possible to recognize the type of aircraft.

The drone jammer, having scanned all the data about the object, directs interference to the control channel or blocks the GPS connection of the device itself. The devices under consideration work on different frequencies. There are models capable of identifying up to 250 types of UAVs.

The equipment of the considered class is a reliable protection against intruders. It allows a qualitative struggle against terrorists and war criminals. When used for defensive purposes, it helps to shoot down a foreign drone in time.

– Important! These devices are capable of disabling the security system, so any action with them should provide not to harm others and the legality of use. Otherwise, legal sanctions can be applied to the user.

Drone jammer operates on the principle of other devices of this type, their difference lies in the range, power, and selected model. There are portable jammers, which are powered by a built-in battery, and stationary, which have a larger radius and are used for the protection of large areas.

When using a jammer for drones, it is important to consider the fact that all devices operating in this frequency range will cease to function or will malfunction. 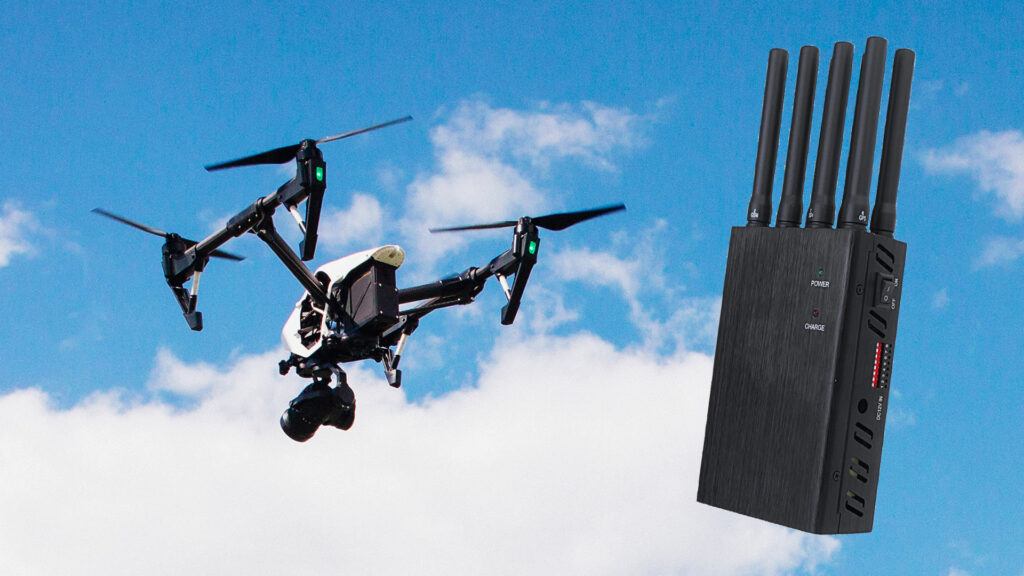 There are several types of jammers against drones known:

Often, devices of all presented types are found in large cities. Remember that the use of jammers for quadcopters and drones should not prevent third parties from freely use the Internet and mobile communications. 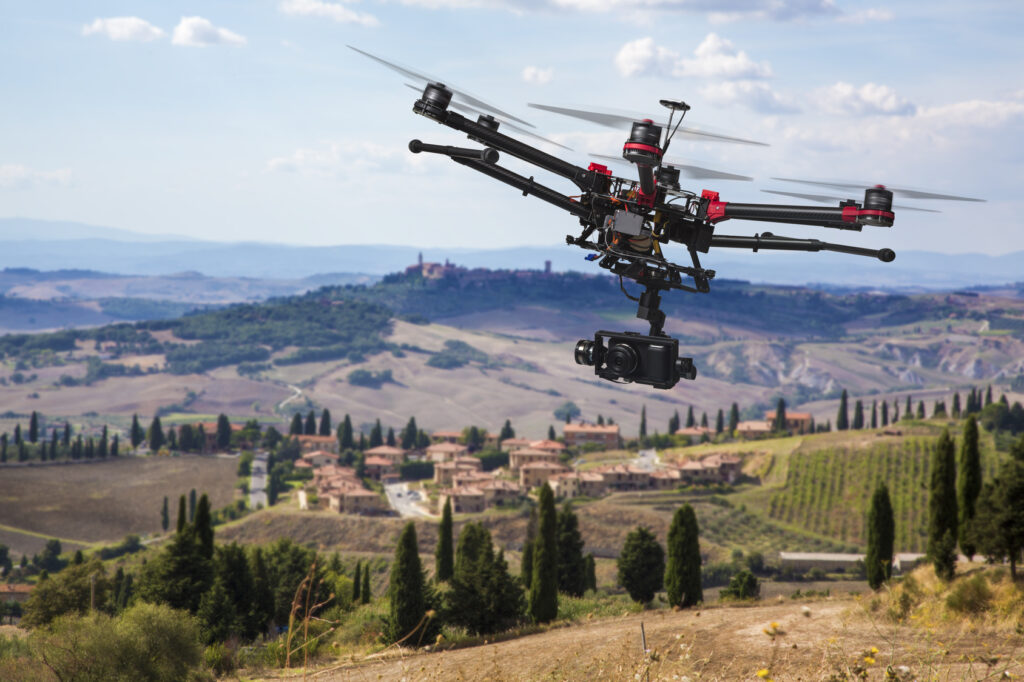 The rapid development and use of which began relatively recently, drones are used for filming various objects and events from the air. In recent years, there are more and more cases of illegal use of them for surveillance and collecting information about a person or object with the help of attachments that are located on them. Powerful drone jammers, designed specifically for quadcopters and drones, can solve this problem as efficiently as possible.
Drones and quadcopters in most cases use several channels of information transfer. The most common of them are Wi-Fi, GPS satellite navigation, as well as radio bands, can be used.

The legality of the use of a drone jammer

The use of cell phone suppressors, cameras, voice recorders, and bugs is allowed by law to protect privacy. But trespassing on someone else’s property is punishable by law. This creates a very contradictory situation. If other people’s gadgets get into the zone of action of a signal suppressor, acting for the owner’s safety, the law comes into play. Camera jammers – devices for suppressing Wi-Fi signals and mobile spy cameras – https://www.jammer-store.com/camera-blockers-jammers/

How do you know if your drone is jammed?

First of all, by the disappearance of satellites. In the case of tampering, the real ones disappear first, and the fake ones appear. Also in the case of GPS jamming. Satellites can disappear at a certain altitude.

As soon as you feel something wrong, you can’t expect everything to be fine. Most likely it won’t. Start your descent. Since most of the jammers are working from a height of 30 meters (and the upper limit is unknown), it is not worth trying to take off above and closer to the satellites.

If you managed to land, do not take off again. The second time may not work.

The electromagnetic generators are more difficult to deal with, as they work in a targeted manner and do not turn on for long. Fortunately, there are not very many of them yet. In addition, the work of generators often take a variety of industrial equipment, the impact of power lines, power plants, and other things.

It is worth choosing carefully the place from where the drone takes off and where it will have to land. If you are flying up through a small window between trees, not everyone will be able to land the drone there in case of an emergency.

If the drone is still on the ground and does not see more than 6 satellites (nowadays with GLONASS and GPS there should be many more), do not take off at all in the hope that they will appear. Practice your flying skills without GPS. Buy a toy or assemble an inexpensive FPV drone to hone your manual control and reaction skills without electronic assistants. If possible, buy a GPS tracker with a SIM card and install it on the drone. It may help to find the copter if it does fly off in an unknown direction.

There are many benefits to be gained from online gambling sites.